To share your memory on the wall of John Borsare, sign in using one of the following options:

To send flowers to the family or plant a tree in memory of John Borsare, please visit our Heartfelt Sympathies Store.

We encourage you to share your most beloved memories of John here, so that the family and other loved ones can always see it. You can upload cherished photographs, or share your favorite stories, and can even comment on those shared by others.

Posted Mar 23, 2020 at 01:09pm
Our most sincerest condolences to Eileen and the rest of John's family during this time of morning. From what I have just read there should be many stories for all of you to share and enjoy to keep his memory alive.
May your faith help you.
Wishing you love and peace,
Kathy & Nick Galatro
Comment Share
Share via:
T

Posted Mar 20, 2020 at 09:26pm
I always enjoyed spending time with Jack. Unfortunately, we didn’t get a chance to spend enough time together… Unless, of course, we bumped into each other in a casino somewhere… anywhere! It is amazing how much information Jack could get just by sitting at a casino bar about anything… and everything!
But the memory I want to share here is about when I was at a UN event almost twenty years ago and I chatted with the security detail assigned to the venue. After some small talk, I found that they were retired NYPD. I told them that my daughter –in-law, Eileen’s father was a retired NY police officer. They asked his name and I told them.
Nearly a half hour of stories and accolades ensued… I had to break it off to go and network. But, every time they provided securing for an event I attended after that, they would come over and ask how Jack was. Not only was he liked, he was respected. Not only did he get involved, he was depended upon. Not only was he fun to be with, he was the life of the party. I was proud to be associated with him.
Ernest Hemingway once said that a man dies two deaths: once when he is buried in the ground and the last time someone says his name. I have a feeling that Jack Borsare will be immortal.

Posted Mar 20, 2020 at 09:03pm
Jack was a great and fun chatacter..always had a story and a laugh to follow..I will always remember the Grand times we had in Ireland!!!..You will be missed..My prayers for Barbara, Eileen and Robin Ann... Sadly, Patty Lyons
Comment Share
Share via: 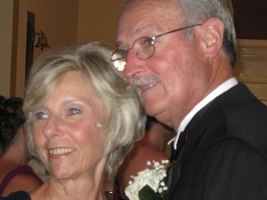 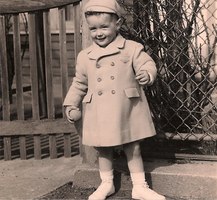 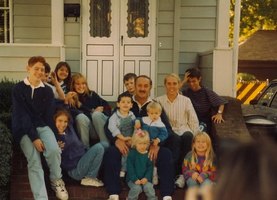 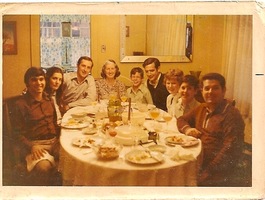