To share your memory on the wall of Thomas Moore, sign in using one of the following options:

Print
On Friday, August 14, 2020, Thomas Donly Moore III passed away peacefully at the age of 75 in New Rochelle, New York.

Thomas was born on February 6, 1945 in Abbeville, SC to Thomas Donly Moore, Jr., a railroad man, and Marian Martin Moore, a homemaker. During his childhood and adolescence Thomas lived in several towns and cities across the American South. He was an energetic and perspicacious young man who made friends wherever he went and was the Senior Class President at Sandy Springs (Georgia) High School, where he played varsity baseball and soccer.

Thomas received his B.F.A. from Yale University in 1969 and his M.C.M (Master of City Management) from East Tennessee State University in 1990. On February 4, 1974, he married Dale Brown. They raised a son, Benjamin D. Moore, an attorney practicing in New York City.

Thomas was a trained and accomplished theatre director and actor. While at Yale, he wrote and directed several plays and, later, directed in and starred in productions at the Barter Theater and the Johnson City (Tennessee) Community Theatre. Thomas was also an avid music lover who enjoyed classical music, opera, folk and classic rock. He was known for his intelligence, his charisma, his captivating smile, his kind and compassionate spirit, and his unique optimism.

A memorial service will be held at a date to be determined at Thomas’s family farm in White Oak, South Carolina. In lieu of flowers, donations may be sent in Thomas’s name to Montefiore Health System (https://www.montefiore.org/supportmontefiore).
Read Less

To send flowers to the family or plant a tree in memory of Thomas Moore, please visit our Heartfelt Sympathies Store.

We encourage you to share your most beloved memories of Thomas here, so that the family and other loved ones can always see it. You can upload cherished photographs, or share your favorite stories, and can even comment on those shared by others.

Posted Aug 18, 2020 at 01:31pm
So sorry to hear of Tommy's passing. Of all my male cousins, on both sides of my family, I felt closest to Tommy. We were able to spend the most time together after we were both married and had kids. Among the things we shared was our grandfather's middle name. Tommy's engaging personality and sense of humor will be greatly missed. My sincere condolences to Nancy his sister, Benjamin his son, Dale his former wife, and all his family members.
Donly Chase
Comment Share
Share via: 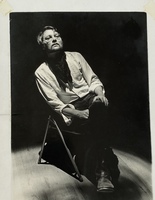 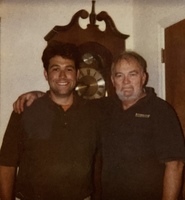 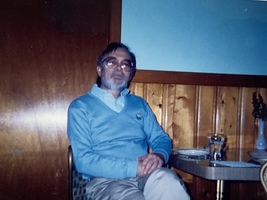 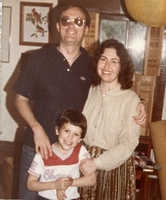