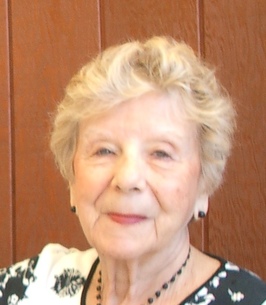 Share this tribute
Memorial Candles Lit for Eleanor | SEE ALL
Light a Candle
"We are honored to provide this Book of Memories to the family."
— McManus Funeral Home
Funeral Details Memory Wall Photos & Videos Send Flowers

Print
Eleanor E. Murphy was born in Sag Harbor, NY on Aug. 18, 1920 to Henrico & Filippa Forcucci. The second of three siblings she strived in her education to become a registered nurse and obtain a Masters in Nursing. In 1941 she married Stanley Murphy, also a registered nurse, a marriage which produced three children Stanley, Phyllis and Henry (Rick). Their successful nursing careers lead to Stanley being the Head of Brooklyn State Hospital and Eleanor being in charge of various Nursing Homes. Their 62year marriage ended with the death of Stanley in 2003. Until her passing she had pre-deceased her two sisters Adelia Stokes (1994) and Lucille Butler (2002). Further family loses extremely saddened her when her son Stanley passed away in 2009 and then the sudden death of her Grand-daughter, Anna Rose, in 2015. She continued to live by being very supportive of her family while continuing to remain at her home.
A setback occurred when, on her 95th birthday, she fell and broke her hip. Being the never-quitting or giving-up Eleanor she successfully survived her surgery and endured many weeks of pain and discomfort while being rehabilitated. Her goal, as always, was to be able to return to her home.
Age and illnesses began to take a toll on her, decreasing her quality of life and after two hospital admissions she returned to her home, for the final time, on November 12, 2018. At 4:15am on November 16th Our Lord called her and she was united with all her loved ones and friends who had gone before her. She leaves behind her two children: Phyllis Howell and her husband Bo, and her son Rick with his wife Karen (Fredricks). Let’s not forget her 5 grandchildren and 11 great- grandchildren, who were always on her mind.
Eleanor will be reposing on Sunday from 2 – 4:30 & 7 – 9 pm. A Mass of Christian Burial will be offered at St. Columba R.C. Church on Monday at 11:30 am. Fr. Timothy Lambert will offiated. Eleanor and Stanly where a major part of this parish from its construction, fund raising and other social functions. St. Columba is located on Kimball St. (Bet Avenues V & U )
A brief service and Cremation will follow at the Green-Wood Crematory on 5th Avenue (at 25th Street. At a later date Eleanor’s Cremated Remains will be interred in their family plot at St. Andrew Cemetery in Sag Harbor.
In lieu of flowers, she had requested that donations, in her name, be made to:
Nurses House, Inc.
The Veronica M. Driscoll Center for Nursing
2113 Western Avenue - Suite 2
Guilderland, NY 12084-9559


To send flowers to the family of Eleanor E. Murphy, please visit our Heartfelt Sympathies Store.

We encourage you to share any memorable photos or stories about Eleanor. All tributes placed on and purchased through this memorial website will remain on in perpetuity for future generations.

Thank you for sharing!

Provide comfort for the family by sending flowers.

Or use your email:

Share on Facebook
Send flowers to the family
Choose from beautiful standing, table and basket arrangements. Safe and secure online ordering.
View Flower Arrangements
What has already been purchased for the family?
Family Log-In

Connect with families at their time of loss. By subscribing to email updates, you will receive two daily updates containing all new stories, photos, candle lightings, condolences, and more.